Supertramp was an English rock band formed in London, England in 1969. Marked by the individual songwriting of founders Roger Hodgson (vocals, keyboards, and guitars) and Rick Davies (vocals and keyboards), they are distinguished for blending progressive rock and pop styles as well for a sound that relied heavily on Wurlitzer electric piano.  The group’s line-up changed numerous times throughout their career, with Davies being the only consistent member throughout the decades.

The band was initially a full-fledged prog-rock group, but starting with their third album Crime of the Century (1974), they began moving towards a more pop-oriented sound. They reached their commercial peak with 1979’s Breakfast in America, which yielded the international top 10 singles “The Logical Song“, “Breakfast in America“, “Goodbye Stranger“, and “Take the Long Way Home“.

The Logical Song” was released as the lead single from their album Breakfast in America in March 1979. It was written primarily by the band’s Roger Hodgson, who based the lyrics on his experiences being sent away to boarding school for ten years. The song became Supertramp’s biggest hit, rising to No. 7 in the UK and No. 6 on the US Billboard chart. In 2001, a cover version by the band Scooter returned the song to the top 10 in several European countries.

logical reasonable; making use of reason and good sense
magical possessing or using or characteristic of or appropriate to supernatural powers
sensible based on or acting on good judgment and practical ideas or understanding
responsible trustworthy; reliable
practical Useful and sensible
dependable deserving of trust or confidence
clinical efficient and unemotional; coldly detached
intellectual relating to the ability to think and understand ideas and information
cynical believing the worst of human nature and motives
absurd stupid and unreasonable, or silly in a humorous way
radical A person with extreme views
liberal open to new behavior or opinions and willing to discard traditional values.
acceptable allowable or satisfactory
presentable looking suitable or good enough, especially in the way you are dressed
a vegetable a person with a dull or inactive life.

And they showed me a world where I could be so dependable
Oh clinical, oh intellectual, cynica

I know it sounds absurd
Please tell me who I am

I said, watch what you say or they’ll be calling you a radical
Liberal, oh fanatical, criminal

Won’t you sign up your name, we’d like to feel you’re acceptable
Respectable, oh presentable, a vegetable 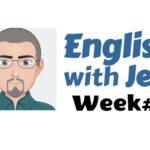 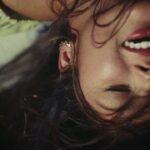 Song of the Week: Driver’s License 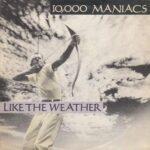 Song of the Week: Like the Weather by 10000 Maniacs